Ever since Snapchat arrived on the scene, Instagram has been laser-focused on destroying their hip new competition. That campaign seems to have been successful because after copying Snapchat’s stickers and stories features, Instagram has just crossed the threshold of 1 billion active users. To celebrate, they’ve set their sights on a new target: YouTube. Today, Instagram announced IGTV, a separate app that allows for content creators to post up to one hour of vertical video.

Instagram’s bid to take on YouTube has attracted a few big name YouTube creators within the first few hours, including Selena Gomez, Kim Kardashian (naturally), and my personal favorite, Marques Brownlee, who immediately uploaded a video to both YouTube and IGTV.

The IGTV app itself is separate from the main Instagram app but content will appear on both. Creating content seems to only be possible from the IGTV app, as does channel creation and maintenance. The app itself opens to the main video feed which starts playing content immediately after showing an old-school TV static screen, a nice touch of sentiment for aging Millennials. Search and channel scrolling appear in the lower-half of the video player, along with buttons to go to the account profile and settings. 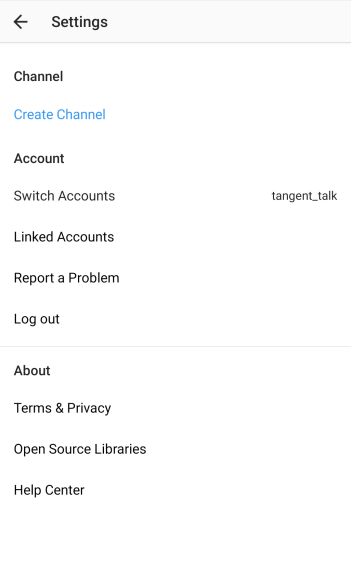 Content creation is heavily pushed, with three screens dedicated to explaining what IGTV is for, pushing a mobile-heavily (and possibly only) experience and, yes, vertical video – because that’s apparently how all videos should be taken.

Instagram’s push into the video foray might very well shape up to be a true competitor to YouTube, but I think Instagram may have a long fight ahead of them. YouTube is the first name in the mind-share of video content creators and with advanced editing tools, monetization, and desktop and web video players, it has a fully fleshed-out feature set. Then again, Instagram also took on a spunky new startup and absolutely crushed them at their own game. Ultimately the success of IGTV will come down to how quickly Instagram can convince content creators that it pays to join the platform.

If you’re a content creator, thinking of becoming one, or just need another thing to do on your phone, you can check out the IGTV app in both the App Store and Google Play.