Are these buds for you?

Google’s hardware push continues this year with new Pixel phones, an expansion to the Google Home line, updated Daydream VR headsets, and a set of wireless headphones. Yes, Google is vying for a spot in the crowded Bluetooth headphone market, using Google Assistant integration as the headline feature. Are the Pixel Buds your new best friend?

I’ll get to the point: you’re not going to be buying these in place of Beats, Sony, Jaybird, Bose, or any of the other more popular makers. These are definitely a set of niche headphones for a niche market and honestly they’re fine but not great. For a 1.0 product, Google probably hit somewhere closer to 0.9. I feel like these headphones should be wearing a Beta tag.

The Pixel Buds don’t follow the new trend of being completely wireless like Apple’s AirPods and that’s fine with me. I think AirPods look silly and I’d rather not pay $160 for the privilege of worrying about losing one and having to replace it. Plus the cord connecting the two earbuds also allows me to drape the headphones over my neck when I’m not using them. Google actually includes language in the support articles online suggesting you not cut the cord or you’ll, you know, ruin your headphones. 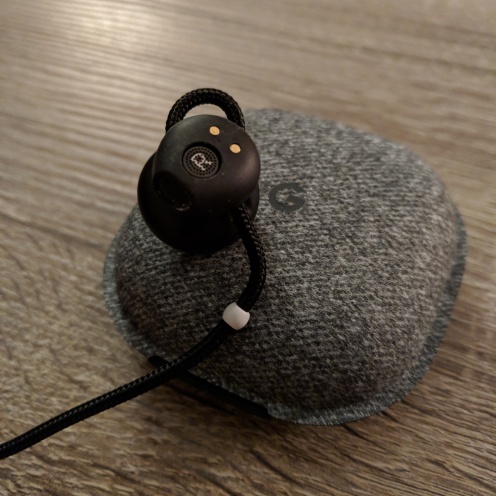 Right Pixel Bud with the cord looped through 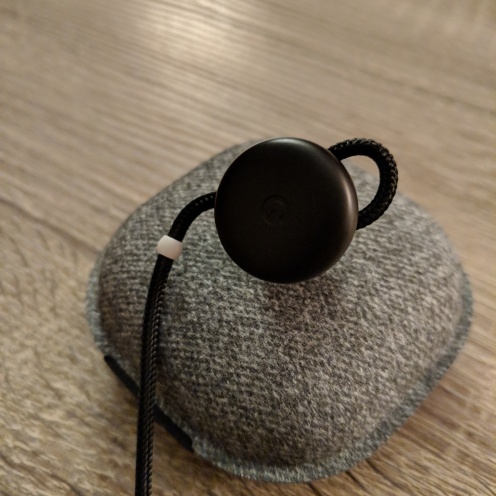 The right Pixel Bud houses the touch-sensitive controls for playback

The buds themselves are circular with a typical earbud style, meaning they don’t go in your ear canal but rather sit outside of it. The right earbud houses touch-sensitive controls while the left earbud only plays sound. The cord connecting the earbuds is covered in fabric and feels durable. It didn’t snag or get in the way during my use. It also does double-duty as a way to secure the earbuds – the cord loops through the top of each bud and can be lengthened or shortened to fit into your ear. The buds themselves come in either black, white, or “Kinda Blue” to match the current crop of Pixel 2 devices.

The Pixel Buds are a mixed bag once you start to use them. Part of the reason are the touch-sensitive controls on the right earbud. Tap to play and pause, swipe forward and backward for volume, tap and hold to trigger Google Assistant and double-tap to hear your notifications. For users who want to skip forward and backward during playback, get your pitchforks, because you can’t do that for some inexplicable reason.

The fit of the buds are fine for me. They weren’t really comfortable but they aren’t really uncomfortable either. They’re just sort of… there. As I mentioned before, they sit just outside your ear and they feel loose, as if they’re going to fall out. They won’t or at least they didn’t fall out of my ears during my running sessions, anyway. But in general, for comfort and fit, your mileage may vary.

It’s not all bad news, though. Having Assistant built-in was nice and asking questions and getting a response in my ear was a joy. Through the Google app, the buds were able to alert me about new notifications and allowed me to keep my phone in my pocket (though, sorry, some negativity – you can’t choose which apps come through and sometimes Telegram notifications beeped in, sometimes they didn’t). Sound quality wasn’t bad for buds, which is to say there was no bass, but the mids were clear. For casual listening, these are just fine. 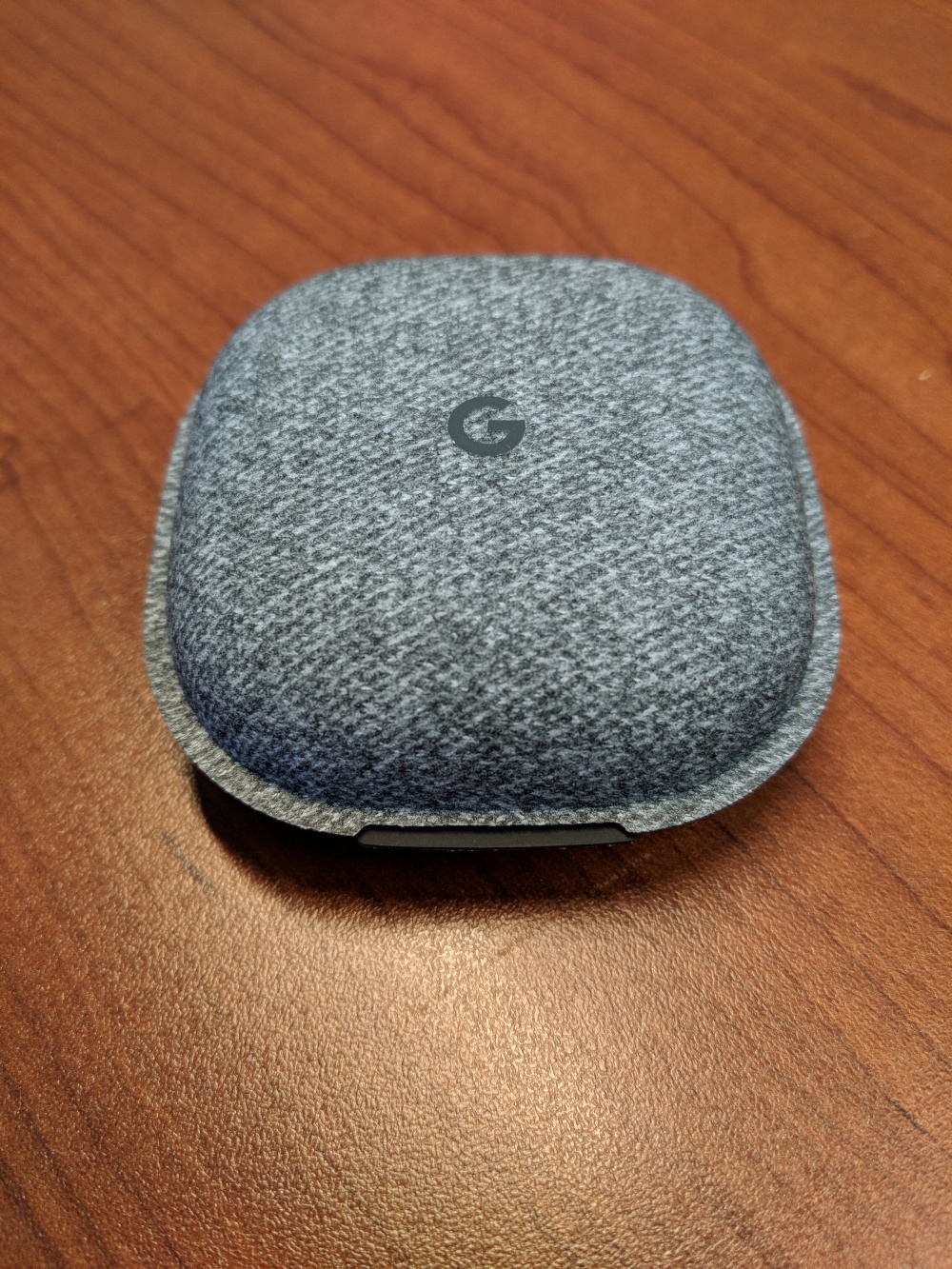 The case for the Pixel Buds are as important at the buds themselves. DO NOT leave this at home because you can’t charge OR turn the buds off without the case. Yep, the buds will stay powered on and connected unless you tuck them into their respective compartments in the case. This drove me insane. Charging is done through metal pins on each earbud that align with corresponding shapes within the case. Most reviewers lamented their ability to properly seat the buds and wrap the cord in the case. I had no issues with this (and Google has a handy diagram printed on the inside of the lid to help you with the process).

I did, however, have issues with making sure the right bud – the one with the touch-sensitive controls – was actually touching the charging pins, otherwise they would stay paired and powered on and would play my media though the buds instead of my other Bluetooth receiver. After a few tries I was able to get this down to a science, but it’s overly engineered. I hope the next generation makes this process a little easier.

The case itself is reminiscent of a take-out container. The case is covered in fabric as well, which feels nice, and closes with a magnetic fastener. It also contains a battery that can charge the buds for up to 24-hour usage and charges via USB Type-C. Three LEDs inside the case act as a charge indicator for the case’s battery. Next to them resides a reset/pair button.

That button is important because the Pixel Buds support Fast Pairing. Basically, if you have a compatible Bluetooth device, Android can detect it and notify you that it found a device and ask you to pair to it. It made connecting my Pixel Buds a breeze, but on the Pixel Buds, you can only do this process once and really only on a Pixel, so it’s usefulness is limited for now. If you can’t Fast Pair, you can connect to the Pixel Buds the old-fashioned way.

The Pixel Buds are a great beta product. That’s really the best thing I can say about them. They hit a lot of the right notes, but ultimately lack the polish they need to truly stand out. The finicky case design and touch controls mar the otherwise decent design and good sound. Software features and Assistant integration are nice, but again, actually using them in day-to-day feels unfinished.

The current crop of Google hardware, from the Google Home Mini to the Pixel 2XL have had their fair share of criticism from the tech media. They’ve not all worked well right out of the gate and, in the case of the Pixel 2XL, some of the choices are immediate deal-breakers for some people. In expanding their product portfolio, Google lost sight of quality parts and quality control. If all of the current Google Store products were just shown off at Google I/O, with promises of retail versions to come in a few months, I wouldn’t be complaining. Google would have time to get these issues sorted before ship date.

The Google Home Mini shipped with a touch pad that had to be disabled because it malfunctioned and recorded everything it heard. The Pixel 2XL shipped with a bad OLED panel. The Pixel 2 had clicks and hisses emanating from its earpiece. These are just a handful of the issues that have popped up so far. Google is doing what it can. They issues software fixes for the Pixels and the second batch of hardware seems better built. They disabled the touch pad for the Home Mini so its not just sitting there recording every word you say. And Google is young in the hardware game – these things are to be expected.

Ultimately the Pixel Buds fall victim to the curse of the rest of this generation of products. They promise a big game, but in the Buds case, they’re a total let down. I really wanted to love these things. I really loved Assistant being so close at hand. I liked the design. The touch-sensitive controls had promise. Even the on-the-fly translation feature seemed like a winner.

And the problem is that these features could be winners, that they can make the Pixel Buds great. Just not this time around. Until then, the Pixel Buds are more like an acquaintance. 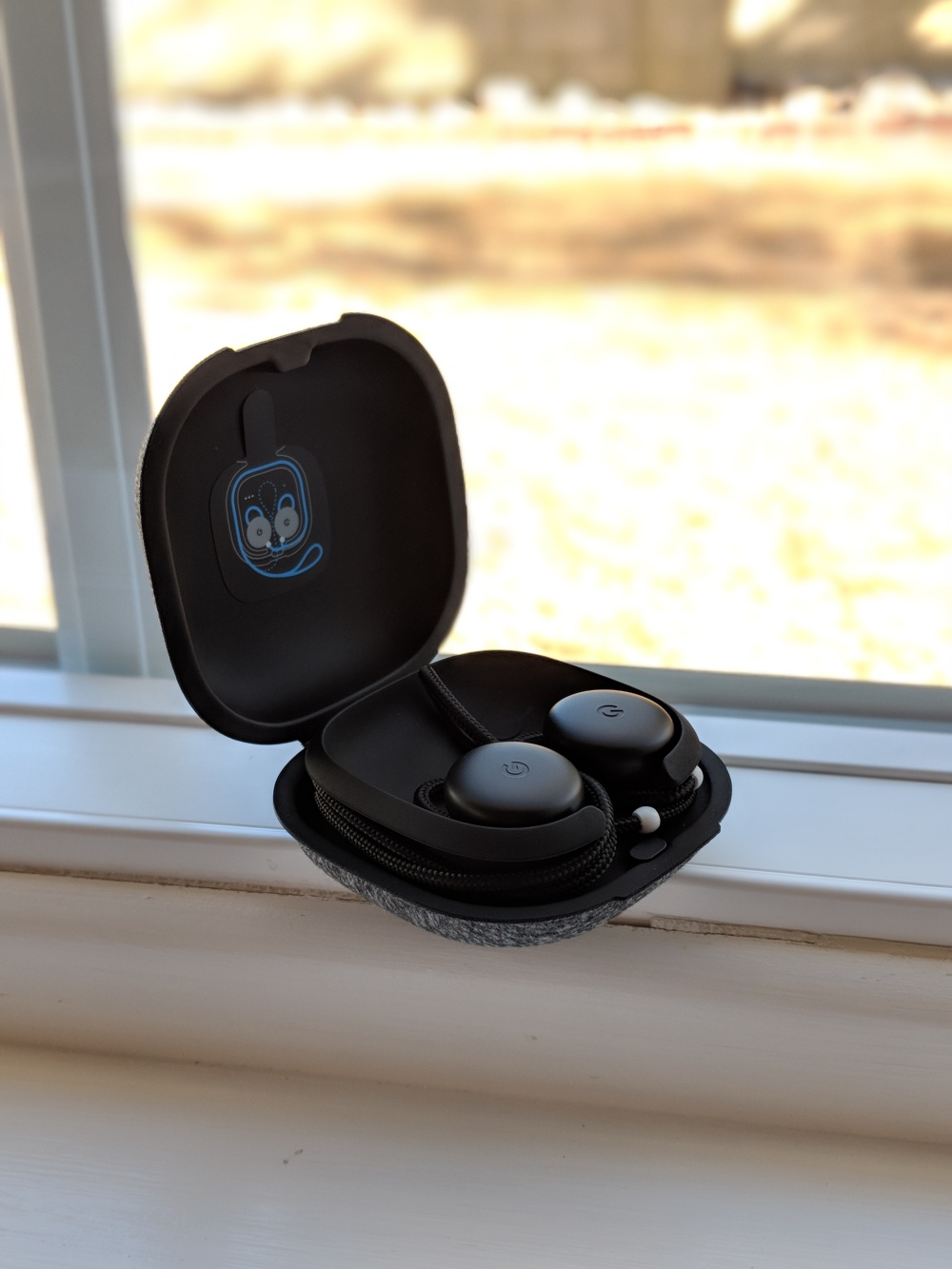